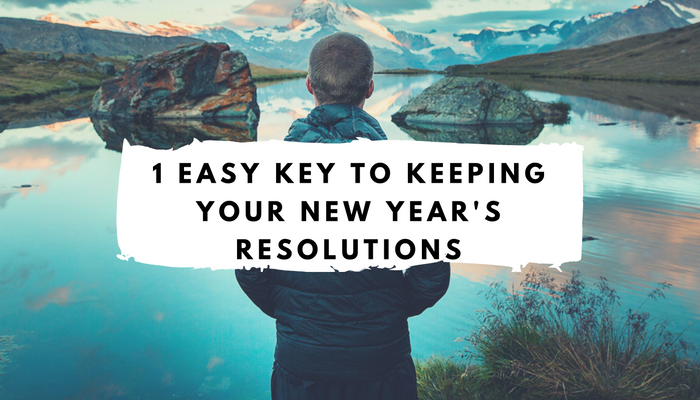 In a word – VISION. New year’s resolutions are hard enough to keep, and even more so without a compelling vision to propel you forward. If your holiday break did not include some time for visioning, here’s an opportunity to do it now.

I’m not suggesting a long, navel-gazing exercise where you create a framed masterpiece to hang on the wall afterward. Rather, I’m suggesting a simple reflection to identify the big idea of what you want for 2017.

For this purpose, vision is a description, verbal or visual, of what you want in the future. Think of it as personal strategic planning – organizations do it and you should too.  Creating a vision is the first step in the Career Roadmap.

Below is an exercise I use for helping groups and individuals craft a vision for themselves. It’s my favorite because I’ve seen amazing results from people who start out thinking they are not creative.

The exercise has two parts, a verbal component and a visual component. Each part taps into different forms of creativity and draws from different sides of the brain. Each part can stand alone, but they are exponentially more effective when done together. The first part involves writing words which draws on logical, rational thinking (left brain). Part 2 invites you to draw an image that calls on your more imaginative thinking (right brain). Using images can be especially powerful since our brains are better at processing visuals than text. In fact, 90 percent of the information that our brain gets is visual, and it processes that information 60,000 times faster than text. Ultimately, the objective is to capture, in words and image, your ideal future.

Part 2: Create a metaphor/image of your vision. Infuse the image with emotions, color and animation to make it as powerful as possible.

Here’s an example: Dan was a participant in one of my leadership development programs where we used this exercise. After the program he came to me for coaching and described his hesitation about defining a vision for his own career. In his case, he knew what his vision was, but he felt that either it wasn’t possible to achieve it or that it was unacceptable in the organization’s culture to express that desire. As a result, he had resolved to find a smaller vision and “stay safe.” He didn’t want to write a headline, much less come up with a visual metaphor. I offered that, since coaching is a confidential conversation, he could express his true vision out loud and that, by simply putting it out in the universe, he was activating it and putting himself in motion toward it. No one else needed to hear it or see it. He continued to argue with me that he didn’t think it was possible because the thing he wanted would take at least twenty years to manifest. Then I suggested he consider his goal “a seed.” Suddenly he had an aha moment and told me a story about his father, “My dad used to ask, ‘When’s the best time to plant a tree? Answer: Twenty years ago.’ ‘Then he’d ask, When’s the second best time to plant a tree?  Answer: Today.’ I see that planting a tree is the metaphor for my vision!”

Voila! Now Dan has a powerful image for his career path – he figuratively planted a seed for a tree. Even though it might not fully mature for twenty years or more, his vision seemed not only possible, but exciting! There are many directions to go with a tree metaphor that could sustain a vision for a long time – weathering storms, taking deep roots, a stable trunk, bearing fruit, etc. My guess is that Dan’s vision will be manifested in less than twenty years.

I’d love to hear the headlines and metaphors that you create for 2017 – please share them in the comments to help activate them and inspire others!

One thought on “The Key to Keeping New Year’s Resolutions”